Located at the western tip of Bohemia lies the Karlovy Vary Region. This region is divided into three districts: Cheb, Karlovy Vary, and Sokolov. The region is known mainly for its spas, especially the so-called spa triangle, which consists of three spa towns: Karlovy Vary, Mariánské Lázně and Františkovy Lázně. The high concentration of thermal and mineral springs around the area give rise to its notability and reputation for spas providing healthy preventative treatment on a wide variety of diseases, ranging from skin diseases, digestive tract diseases, to cardiovascular diseases. Jáchymov, one of the elite spas within the region, is primarily known for being the first radon spa in the world specializing in the treatment of the musculoskeletal system. You can book a room in any of the spa classics such as the four-star hotel Radium Palace in Jáchymov, or if you prefer, the five-star hotel Nové Lázně in Mariánské, the hotel Thermal, or hotel Pupp in Karlovy Vary spa which has been featured in many films.

In addition to tourism, the Karlovy Vary Region is rich in a widespread of industries. This includes Mattoni mineral water, the Moser brand, the glass industry, ceramics, musical instruments, and lastly the production of energy to name a few.

The name of the region derives from the city of Karlovy Vary, which highly ranks as another one of the most popular destinations in the Czech Republic for domestic and foreign visitors. In addition to the spa colonnade and the Karlovy Vary 73-degree hot springs, the center is unique with its architecture and spa houses. The most important event of the year in Karlovy Vary is the Film Festival (KVIFF), which is attended by many famous personalities from the Czech Republic

and those from abroad every summer. Many other cultural events take place here, such as the JazzFest music festival or the Karlovy Vary Dumpling Fest Gastronomic Festival.

The city is full of famous names and their products. For example, in addition to the mineral water of Heinrich Mattoni is the liqueur of Jan Becher known as Becherovka. Finally, we must not forget the spa wafers, which are popular in several spa towns. Spa wafers are an essential symbol to the city of Karlovy Vary as it is one of the many highlights they are well known for.

If spa wafers or ubiquitous trdelníky become tiresome or not to your taste, you can enjoy the taste of Neapolitan pizza at Palermo Ristorante Pizzeria, or at the great restaurant La Hospoda. Then, we recommend you stop for coffee and a homemade food item to eat at Cafe KAVA, all located in the hart of Karlovy Vary.

Travel a la carte app is now available for download on Apple and Android. 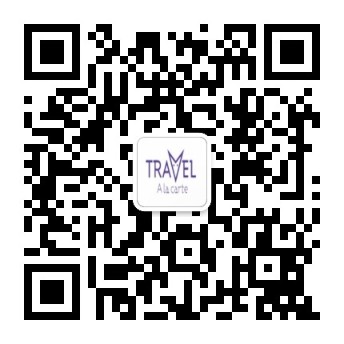